Scams and Schemes: What Would King Solomon Say?
February 22, 2016  By Royann Bold 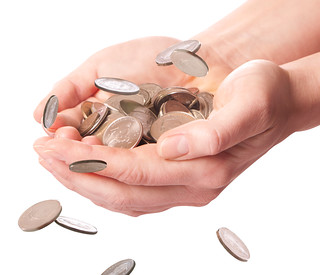 Ive been thinking a lot lately about how easy it is for folks to get drawn into trusting people to invest their money without really understanding what theyre getting into.

Just a few weeks ago, I met a woman who invested her money with an independent financial advisor. He had previously been employed by well-known and top-ranked investment companies. This fact, coupled with word-of-mouth recommendations, led her and her husband to conclude that he was an experienced financial advisor.

His first recommendation for this couple was to purchase a certificate of deposit that was making a couple percentage points more than what they could get anywhere else. He advised them to make the check out to him and told them that he would take care of the rest of the transaction. He provided an official looking document with account numbers at the bank where the money would be invested. He also included details about how the interest on the investment would be paid quarterly.

And, indeed, they began to receive interest payments. But part way through the required investment period of 60 months, this couple realized they needed to withdraw the principal out of the CD, as some unexpected expenses had cropped up. They were willing to take the early withdrawal penalty, but they wanted to first know what the bank would charge.

As you might suspect, the whole thing unraveled when the financial advisor was unable to explain the discrepancies in the account numbers. In a few weeks, these folks found themselves victims of fraud when it was discovered the advisor had taken their money (remember the check was made out to him) and issued fake documents. They werent the only ones either; others had also been swindled out of their money with this advisor.

Although there is hope that there will be some legal way to recover the losses, it could take years before it is all sorted out. There is no guarantee any of his victims will be recompensed for their losses. The woman told me, I just feel so stupid to have trusted himshouldnt I have known better?

Shortly after this encounter with this woman, I watched the ABC mini-series on Bernie Madoff, the man now serving 150 years in prison for operating one of the largest Ponzi schemes in history. A Ponzi scheme (named after Charles Ponzi, who became notorious in the 20s for using the technique) is a fraudulent investing scam promising high rates of return with little risk to investors. It works by acquiring new investors to generate returns for older investors.

In Madoffs case, he charmed his investors into believing he was some type of financial wizard whose methods could bring them higher returns than they could get anywhere else. But when the mortgage crisis and 2008 recession brought down big Wall Street banks, he couldnt keep the scheme in place. Unfortunately by that point, Bernie Madoff had made off (too strange a coincidence that his name describes his illegal activity) with $50B of other peoples money.

This story of greed and manipulation is shocking, particularly because many intelligent, wealthy businessmen and celebrities got taken in. The lure to be part of this exclusive by invitation only club was hard to resist. On top of that, they trusted Madoff and desired to earn more than they saw others earning. Emotions like these can really fog peoples common sense and their ability to ask intelligent questions.

So how can we avoid financial scams?

There are many places to find advice on how to avoid being taken in by financial scams. For this post, I turned to Investopedia.com for a few suggestions. Heres a summary of their post, 6 Ways to Avoid an Investment Ponzi Scheme.

In short, before ever handing over your money, its vital that you know whom you are dealing with and that you understand the investment. As the old saying goes: "If it sounds too good to be true, it probably is."

A few days ago, a friend of mine used a brand new word to describe the perpetrators of these scams. She said they were deceivious. It struck me funny at the time that she would combine the words devious and deceitfulness,  but its a fitting description for these types of people. In fact, Id define deceivious as concealing or distorting the truth coupled with a willingness to lie and trick people in order to get what is wanted.

There are deceivious persons out there that are looking for people to scam. Thats why its important to think critically before taking action. Its also helpful to look at the example of King Solomon. He asked for wisdom, not riches. And because of that, he was not taken in by frauds and hoaxes. Remembering his practical biblical advice may help protect you too:  "The simple believes everything, but the prudent gives thought to his steps." (Proverbs 14:15)

During the current turbulent financial times, recognize the emotions that may sway your better judgment when it comes to protecting your investments. Is greed one of them? 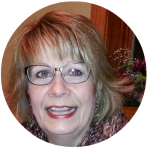 Royann Bold has lived in North Dakota her whole life and is a prairie girl at heart. She and her husband are empty nesters, having seen their three sons take flight to three different states. She also recently retired from the 8 to 5 grind, and is awash in pursuing her interests of writing, reading, volunteering and lifelong learning. She thoroughly is enjoying her free time to participate in Bible and book studies. Read more articles by Royann.

Moved to Dance: Worship Hula
Sometimes the Holy Spirit animates us to express our love for God through our movements, and not only with our mouths.

Book Review: Girl Meets God
Girl Meets God is one woman's story of wading through both Judaism and Christianity to discover her identity in Christ.